This is our month of independence. America is called the land of the free & home of the brave. Since last night, I don’t feel free & I don’t feel brave. I’m saddened by loss & ashamed. I’m a citizen of a nation that is self-destructing & being attacked by its own.

Lives were taken last night. They were intentional & calculated. This Race War mentality that is escalating is not what our Founders died for. No terrorist did this. No religious uprising. No war lords wanting to display power. Americans did this to Americans.

I am disgusted by those who think it is their “right” to take another’s life based on the color of their skin.

Not all Police Officers are corrupt.
Not all African American are criminals.

This generation, my generation, is one with a majority that is overly consumed with capturing the moment on Snapchat & forming their own personal verdict, rather than having respect, honor, & valuing their neighbor’s lives. They don’t see that Abraham Lincoln’s statement “A house divided against itself cannot stand” is also a reflection of our current state & not just referencing a Civil War that was years ago.

There is a desperately needed discussion & acceptance of differing opinions that must happen among those with different views. A discussion. Not vulgar chants & threats. Our land is no where close to being free of civil violence, & I sure don’t see anyone who slanders, assaults, hurts, curses, or abuses others as brave.

I believe God’s heart is breaking for this nation. He doesn’t see Democrat or Republican. He doesn’t see white, black, yellow, or pink skin. All men are in fact created equal. God sees how we are destroying each other, & hurts for His children.

Today, I’m not proud of the time I live in. Today, I’m heartbroken & hurt. Today, I pray for the families of officers and those that died from police gunfire. Those that had weekend plans & vacations approaching, that won’t enjoy them now. For babies & grand babies that lost their daddies and papas. For mamas that lost their sons.

Today, I pray for peace in more ways than I ever have.

“Do not be anxious about anything, but in every situation, by prayer and petition, with thanksgiving, present your requests to God. And the peace of God, which transcends all understanding, will guard your hearts and your minds in Christ Jesus.”
Philippians 4:6-7 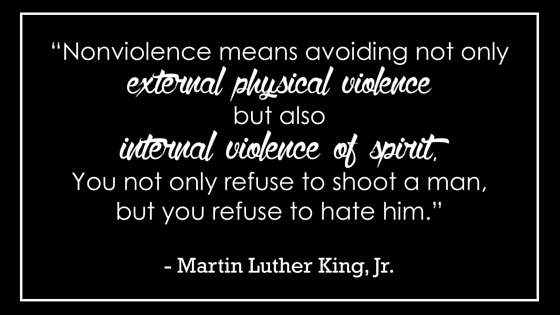